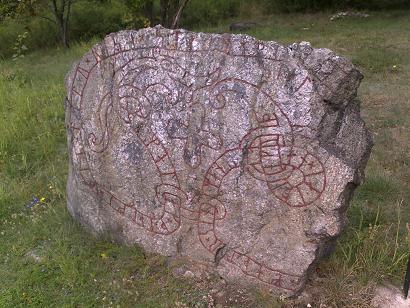 SMS text messages cannot be longer than 160 characters and tweets on Twitter not longer than 140 characters. Much has been said on what this does to our language whether it promotes creativity and enriches our language or if it makes it poorer because some words or expressions simply don’t fit in.

Even some young people are sceptical to social media like Facebook and Twitter. “Whats the point in reading that some one you know is going to the bathroom” one teenager sneered the other day.

And yes. Much that is written on Facebook or Twitter is really silly, stupid or simply uninteresting. But still, if you add all these unimportant reports togheter, it may just be that it reflects the world better than any other media. It’s just like our everyday lives. Mostly they are undramatic or even dull. We are not used to having media report about “ordinary peoples” eveyday lives. We are used to media reporting about sensations, scandals or important events in society or politics.

END_OF_DOCUMENT_TOKEN_TO_BE_REPLACED

Google just launched a new search feature to make it easy to find and compare public data.In time I believe it will become a very valueble tool for anybody that wants to find or to display facts in an easily understandable way.
Continue END_OF_DOCUMENT_TOKEN_TO_BE_REPLACED

From a purely objective point of view it doesn’t really matter how good your products are. Sooner or later some one else will sell a better product at the same price. Lowering you price won’t help for very long because competitors will soon sell it at an even lower price.
All competitive advantages that builds on objective, measurable properties of a product or service can be copied by your competitors.
Continue END_OF_DOCUMENT_TOKEN_TO_BE_REPLACED

There isn’t much that distinguishes the high end brand jeans in the boutique from the no brand jeans at the supermarket. They may even be from the same manufacturer and be made from the same fabric.
A watch that costs 10 Euro shows the time with the same accuracy as a watch from a prestige brand that costs 50 or 100 times that much.

Social media has become a buzz word in marketing. And many companies ask themselves if they can use social media in their marketing and communication. I think it’s a very good idea to at least go through the possibilities that social media offers your business.

Is there any meaning in being on Facebook and Twitter? And if there is how do we manage our presence there?

It’s not all that complicated. You could be up and running within a week or tomorrow even.

My answer to that question is that it is a forum or channel that provides electronic peer to peer communication. A social function is a common, but in my opinion not necessary, characteristic of social media.

There is no absolute consensus on where to draw the line between social media and other e-media. But on the other hand there is no need to draw that line. You could use any channel that works for you without bothering about what kind of media it is.

A blog wouldn’t generally be considered a social media. A blog normally offers it’s readers to comment on the posts in the blog, but that doesn’t qualify the blog as a social media. It’s still mainly a unidirectional communication.

The most well known social media are Facebook and Twitter. Twitter is a service on the Internet that offers its users to post short messages (140 characters). The service was originally intended to let others know where you are at any time. Nothing prevents you from expressing your feelings or opinions instead of reporting where you are. To be able to read the messages someone posts you have to ”follow” them. That is done by a simple click in a box at the profile page of the person you want to follow.

Facebook is basically the same kind of service but there are a number of additional features, like a chat function, the possibility to upload pictures etc. Facebook also allows independent developers to develop applications for Facebook. These applications can be utilities of different kinds but often they are amusements like quizes.

Myspace is a musically oriented community on the Internet which has all the characteristics of social media and has been around for a while and have many users. Other communities and services often mentioned in conjunction with social media are Gtalk, AIM, Plurk, Tumblr, Identi.ca, BrightKite, Friendfeed, Jaiku, Friendster, Flickr, Livejournal, Yammer and a growing number of services with some more or less unique feature or emphasis.